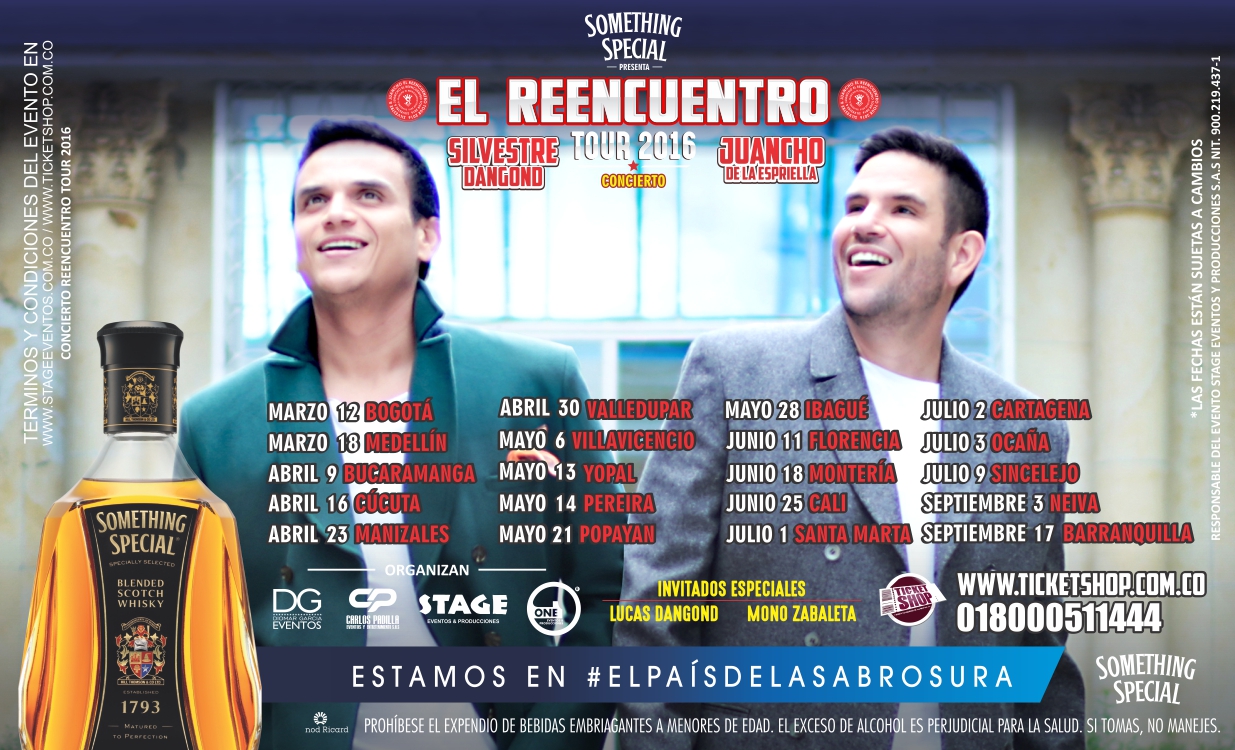 My first concert ever in Medellin!

Last Friday (3/18/2016) was the Silvestre Dangond concert in Medellin. He was performing at the Macarena arena; a huge circle shaped arena going towards Barrio Laureles.

Silvestre Dangond is a huge Vallenato super-star. Silvestre was born in La Guajira which is located at the tip of Colombia. Over the last 4 years Silvestre Dangond’s fame grew tremendously within the Colombia people. If you are interested in listening to his music, I would suggest searching on YouTube his songs which include: “La Tartamuda“, “Un Amor Verdadero”, and “Materialista“. These are my personal favorites of his.

To be honest, I am not a huge Vallenato fan. I do enjoy it but I would prefer Salsa or Cumbia over the Vallenato genre. However, my girlfriend Cindy was given two tickets for the concert by her cousin and she is a HUGE fan of Silvestre Dangond. So being the good boyfriend that I am, I said fuck it let’s go!

The concert was sold out. There was a sea of people lining up to get into the arena. We were still able to get in right on time for the concert to begin, even with thousands of people waiting in line.

We had the General Admission tickets, which meant we were up top in the nosebleeds. That didn’t matter at all. We still had a great view of the stage.

Silvestre had an opening act which was his younger brother Lucas Dangond. To me he was unknown, but to the rest of the fans, he put on a great show.

Getting ready for Silvestre Dangond

Finally at around 11:30 PM the man of the hour stepped out. Cindy was telling me the great thing about the concert was that it was a reunion concert with Silvestre and his partner Juancho. When Silvestre first started his career he was side by side with his friend Juancho who played the accordion. After Silvestre stardom took off, he began touring without Juancho and became super famous in the Vallenato world. During the concert Silvestre told his adoring fans that he received a phone call from Juancho congratulating him and wishing him good luck on his shows in Medellin. This phone call sparked the idea of having the reunion show and they called it El Reencuentro.

Like I said before, Vallenato is not my main choice of music and I really only know two songs of Silvestre Dangond. According to Cindy, they both played old time classics when they were together, which was true because the crowd was going absolutely nuts singing along and cheering them.

My thoughts on my first Colombian concert

Overall, it was a great experience of my first concert in Colombia. I definitely will try to go to another concert of Silvestre Dangond the next time he comes to Medellin.